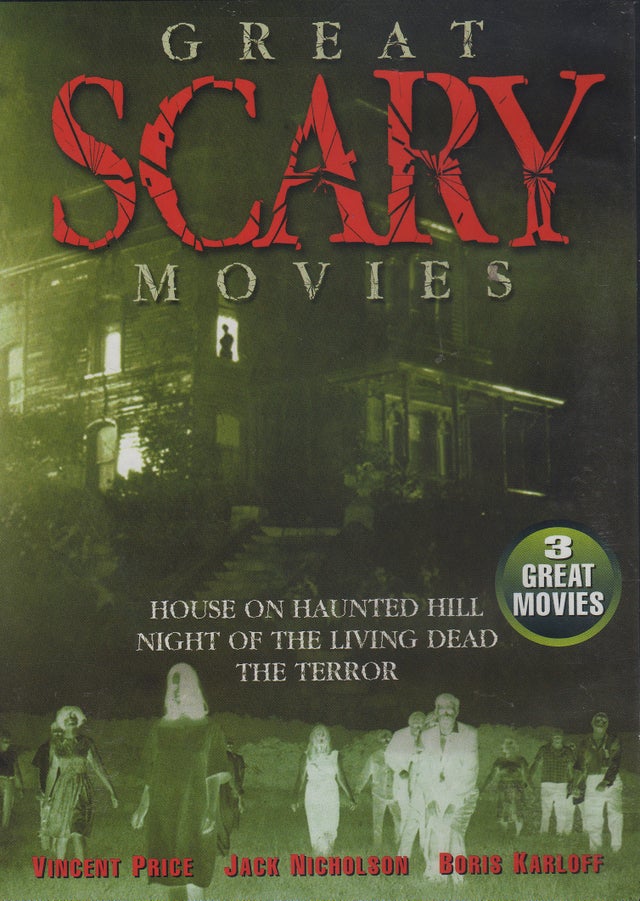 SYNOPSIS: Was that a draft that just made you shiver? Or something evil? After viewing this terrifying trilogy, you'll be sleeping with the lights on for weeks! World-class horror film directors William Castle, George Romero and Roger Corman offer up three truly disturbing tales, long considered among the scariest ever put on film. These classic horror movies contain enough ghouls, gore and graves to satisfy even the most "die hard" horror fan!

Jack Nicholson plays a young officer in Napoleon's army, lured to a castle by a beautiful, mysterious woman. There he meets the Baron (Boris Karloff)--and deep within the castle walls, he discovers a terrifying evil. Roger Corman directed--with a little help from pal Francis Ford Coppola no less.

Eccentric millionaire Frederick Loren (Vincent Price) invites you to join a very special house party: the one guest who can manage to survive an entire night in his eerie (and locked) mansion will walk away with a big wad of cash. It seems simple enough--that is, until the dead begin to stalk the living and there's no place to run.

Night of the Living Dead

The plot (nuclear radiation awakens the dead) sounds silly, but more than one generation has had nightmares after seeing this landmark tale of flesh-craving corpses. While an endless army of rotting zombies prey on the living, a group of survivors desperately try to hold them off during one horrifying night. But no matter what they do, the dead just won't stay dead. Watch closely for one of the most unintentionally hilarious lines of dialogue ever uttered on screen: the sheriff's description of the best way to "take out" the zombies.