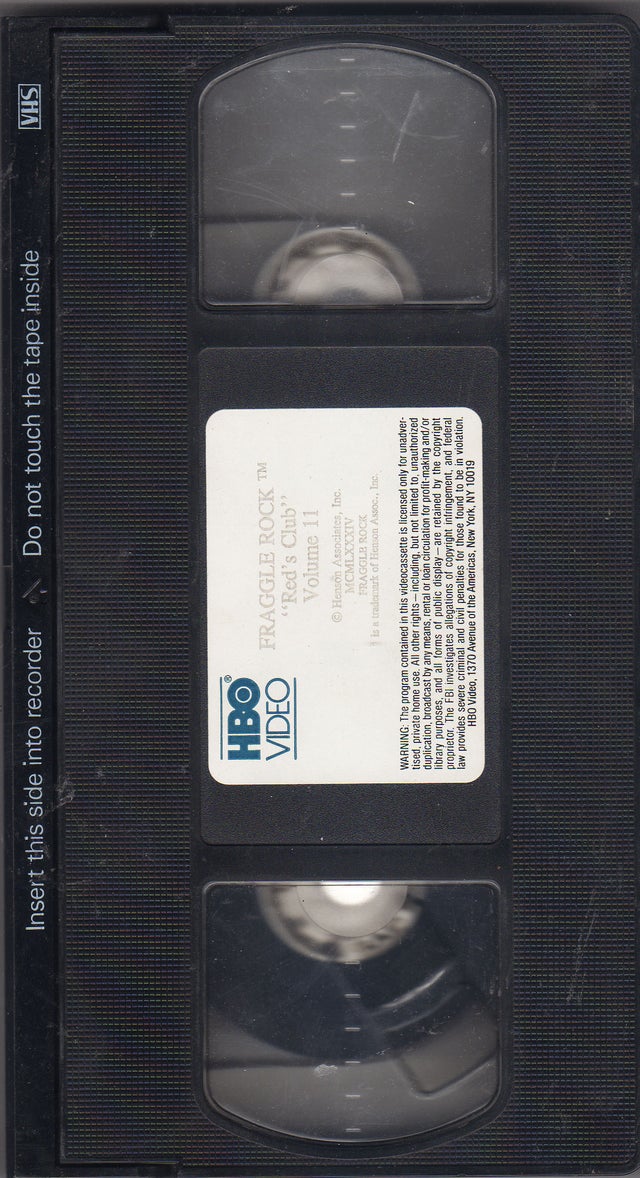 This is just the tape, no case. Sorry.

SYNOPSIS: Wanting the spotlight for herself, Red starts a club, but when the others turn it into a helping club and elect Gobo High Helper, Red leaves in a huff and starts a helping club of her own. She kicks out the other members after they break the rule of talking to members of Gobo's club—which they decide to join.

Red rescues Cotterpin, who is stuck on a tall rock formation. Cotterpin joins Red's club but quits after Red makes unfair rules. In an effort to one-up Gobo's club, Red goes to the Gorgs' garden to help Pa retrieve Ma's wedding handkerchief, which is stuck in the Gorgs' well. When Pa leaves Red on the rim of the well, her friends come to rescue her. Red refuses their help, and Pa captures her friends. Red saves them and decides Fraggles don't need a club.