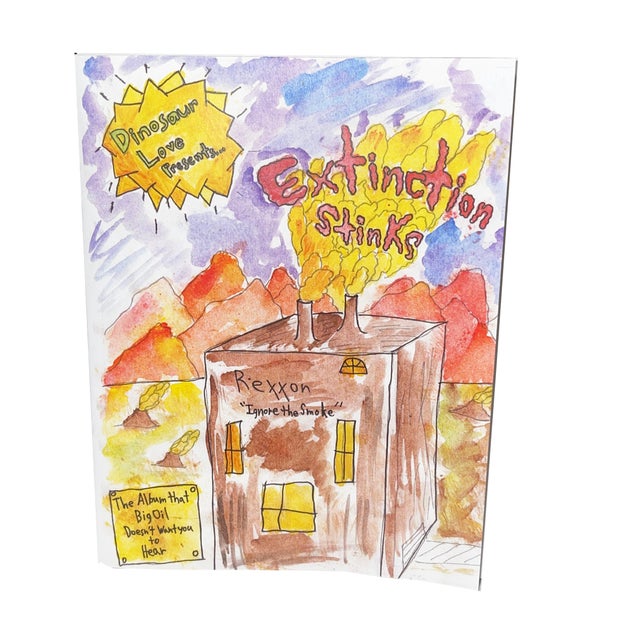 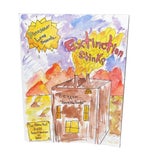 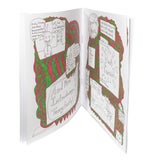 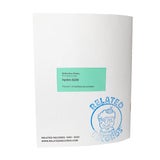 "Extinction Stinks is a comic that accompanies an album (“that Big Oil doesn’t want you to hear”) of the same name by Related Records artist Dinosaur Love. On the cover of the comic is a vibrant color illustration of a large factory gushing billows of yellowish smoke into the atmosphere; a sign on the factory says “Rexxon: Ignore the Smoke.” This cover illustration pretty much echoes both the tone and the ideas present throughout the comic Extinction Stinks, which Dinosaur Love says, on the last page of the comic, “are inspired by actual *alleged* actions taken by oil company executives.” From the first page to the last are line drawings of robots, scientists, and more, offering an “Exclusive look inside HQ” and delivering facts about the oil industry, pop quizzes, and asides on late-stage capitalism. It’s all presented very tongue-in-cheek, with the intent of increasing awareness of a corrupt industry and entertaining readers. Extinction Stinks raises just the right amount of stink to achieve both." - Razorcake

Comic Book comes with a download code for the digital album.