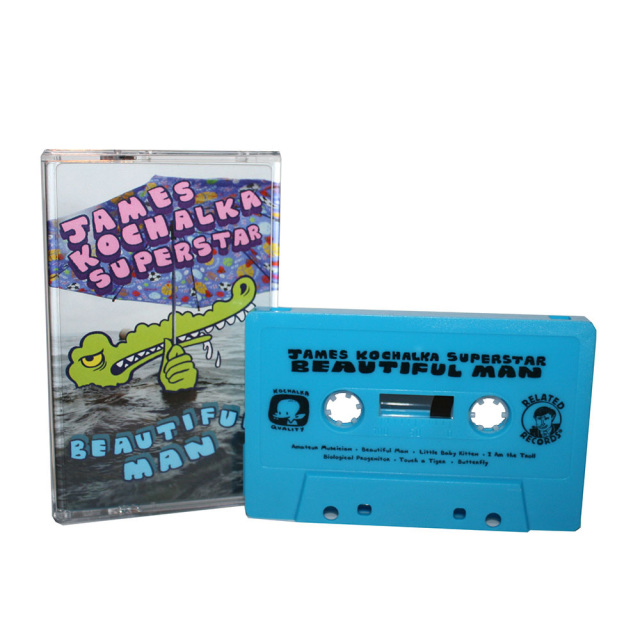 "James Kochalka is a legendary indie comics artist, best known for American Elf. Everyone from Daniel Clowes (Eightball, Ghost World) to Razorcake’s own Ben Snakepit cite him as an influence. Come to find out, Kochalka’s also a damn fine rock musician. Beautiful Man features fourteen stick-in-your-head, home-recorded songs. Like Kochalka’s comics, they’re youthful and strange without crossing into twee whimsy. It’s like kids’ music for adults. The songs are super-simple, funny, thoughtful, and repetitive enough to sing along with on first listen, but short enough that they don’t get old. It’s really exciting to discover another dimension to an artist that I already liked."-Razorcake

02. What's The Deal With The Triangle?

THIS ALBUM IS ALSO AVAILABLE ON OUR BANDCAMP!