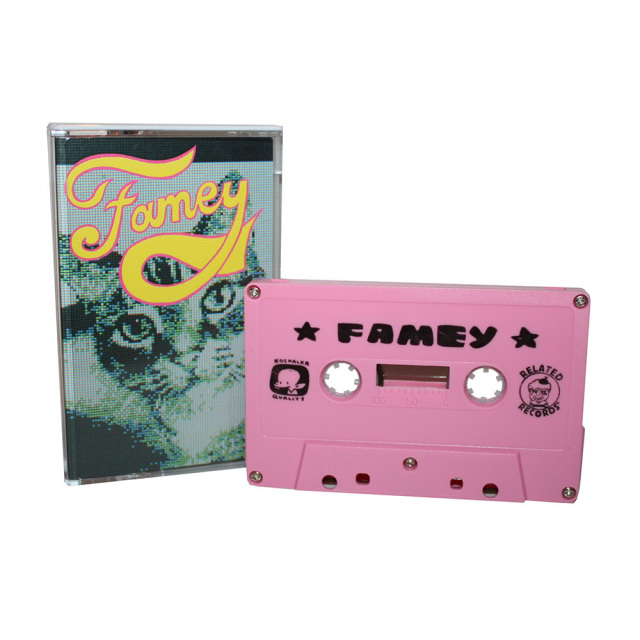 "Three sound collages made by influential indie comic artist James Kochalka (American Elf) in 1991. They consist of clips of music and pop ephemera, bounced off of each other and juxtapozed, likely edited with a boombox pause button. It makes for a jarring and distracting listen."-Razorcake

Famey is a sound collage made by James Kochalka around 1991 that is made entirely of samples of other songs, kind of like Girl Talk but predating it by a couple decades

B-Side is the entire famey album played in reverse.

THIS ALBUM IS ALSO AVAILABLE ON OUR BANDCAMP!