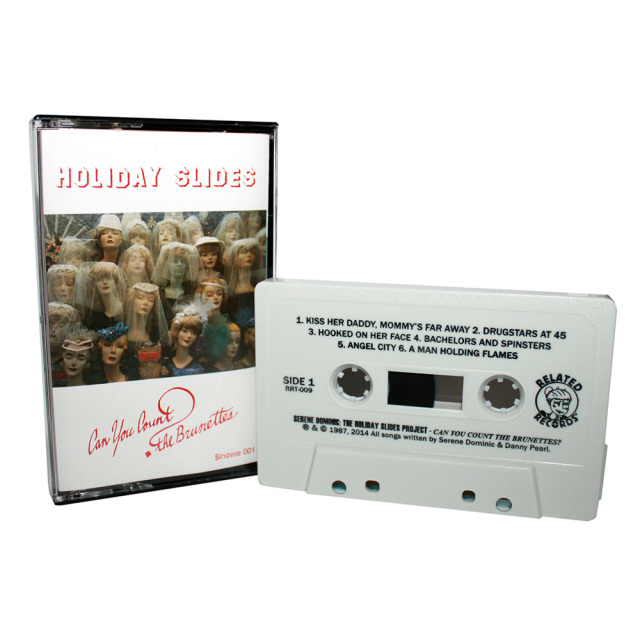 SERENE DOMINIC: The Holiday Slides Project "can you count the brunettes?" TAPE

Serene was a ubiquitous presence in the New York weirdo & new wave circles in the late 80’s and early 90s fronting his under appreciated new wave/power pop group The Holiday Slides. The Holiday Slides were a “musicians musician” band and shared stages with and gained fandom from bands like Blues Traveler, The Spin Doctors and even touring Europe as the opener for Joan Osborne, but after 2 albums and 5 years of playing shows they broke up and Serene moved to Phoenix AZ and started performing solo. This cassette is Serene Dominic re-working the Holiday Slides first album and packaged in original j-cards that he held onto for over 20 years for some reason. Serene Dominics solo work is very early Elvis Costello and if any of that sounds appealing, I highly suggest this album.

10. Her Perfume Refuses To Go Home