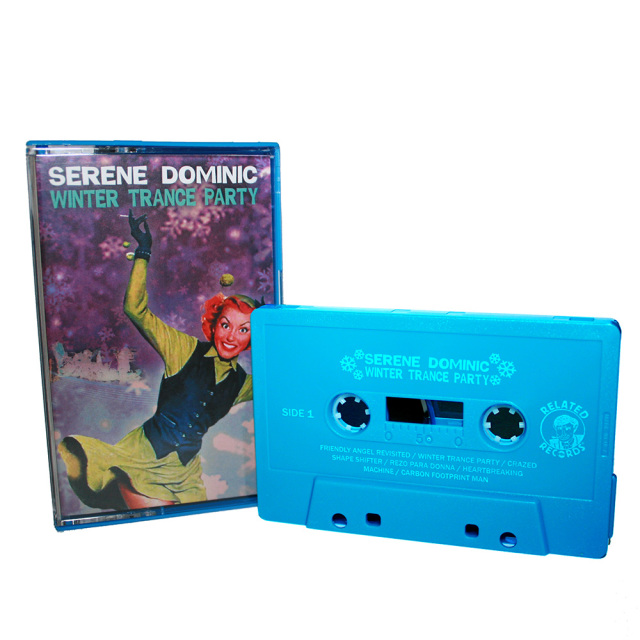 Winter Trance Party is a RPM Challenge album. If you are unfamiliar with the concept it is, an artist writes, records and releases an entire album within the shortest month of the year. This is what Serene Dominic had to say about it “I made good on my threat to make a winter album called Winter Trance Party which runs concurrent with a children's story I've written also called Winter Trance Party that we're turning into an app for iPhone, a portable bedtime story. It's about some kids who try to contact the Notorious B.I.G. with an ouija board and get The Big Bopper instead. Spoiler alert: Kids gets schooled about rock, rap, and the undead all at the same time. Thankfully, that didn't have to be done all in the month of February too.” Serene says this is not his favorite album of his but it is mine, so a year after its release I put it out on cassette.

11. Take Your Little Heart And Go