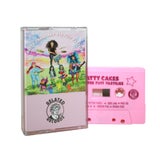 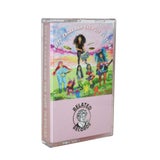 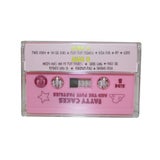 "Remember when there was a lesson to be learned in afterschool specials in the ‘90s, there would often be an out-of-town person or crew that would appear to either fix the problem or help the kid through the tough time? Well imagine that Virgie Tovar and Gravy Train were commissioned to put together a cartoon musical superhero force of femme beauty and rage from the future to fuck up whatever asshole tried to tell us we were less than perfect: Fatty Cakes And The Puff Pastries are all of that and more. Serious grrrl gang vibes through punky, poppy, xylophone-driven, anthems about being bad asses, gay sex in the park, golddigging, and hating working in the mall. Everything about this cassette is flawless, from the cover art to those cool bass lines, syncopated hihat grooves, and vocal harmonies. Keep Fresno pissed off, Fatty Cakes. Y’all are doing the lord’s work."-Razorcake

Sold out
Add to Cart