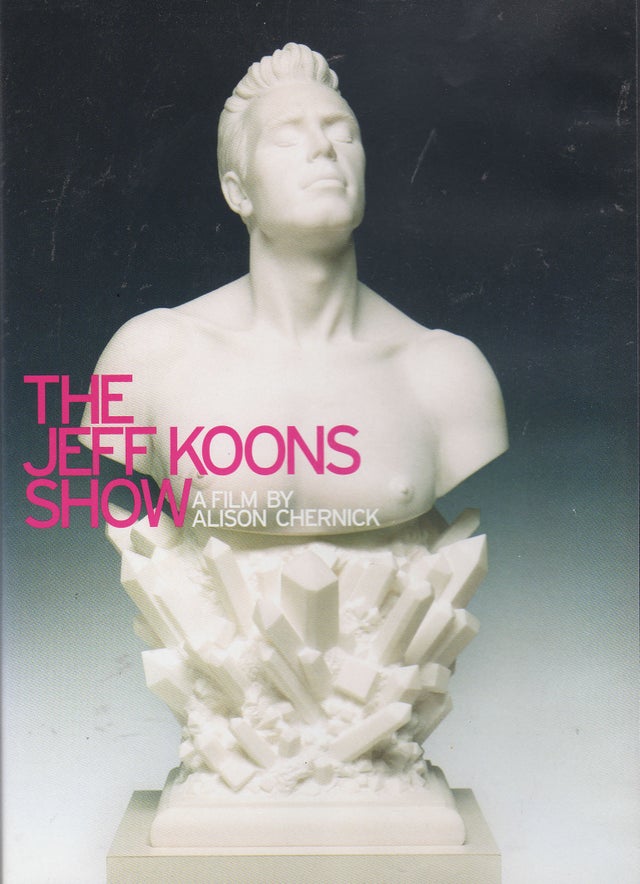 SYNOPSIS: Where was art at the end of the 20th century? And who was the true spokesman? Former stockbroker and perpetual salesman Jeff Koons too it upon himself ti be the world's greatest living artist who, in his own words, is "ending the 20th century. I would say that within the 20th century the only parallels will be Picasso and Duchamp."

In Allison Chernick's comprehensive and at times, comical documentary about the man who turn 70,000 flowers into a giant puppy, controlled the auction houses trumping all record sales and captivated the art world with his wife mid-American smile, we get a tour into contemporary art's most enigmatic and controversial character "Just as Andy Warhol predicted celebrity, Jeff Koons predicted branding" says galleriest Mary Boone.

a retrospective of Jeff Koons shock and dazzle career, the documentary presses luminaries such as artist Julian Schnabel, critic Jerry Saltz, editor Ingrid Sischy and curator Dan Cameron to explain the phenomenon that is Koons.