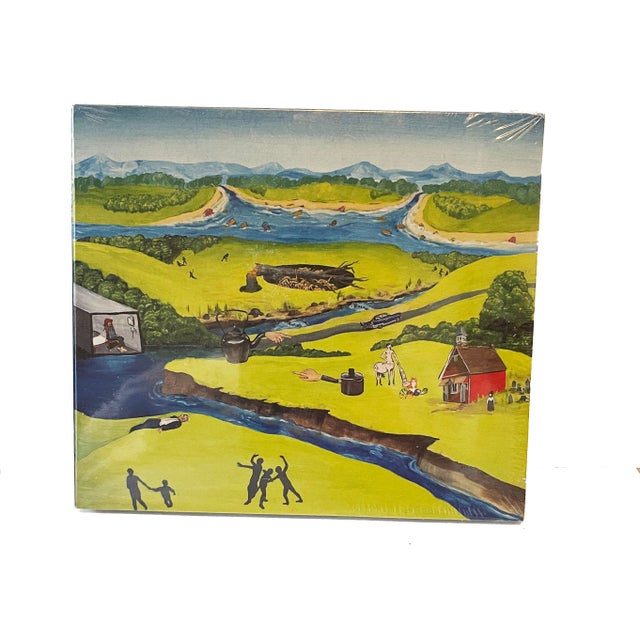 The band name is fitting for the feel of this project featuring members of Vancouver’s post-hardcore band SSRIS. Sprïng‘s Celebrations is less noise, more melodic pop, and overall lighter and airier than the SSRIs, but while still featuring some solid moments of rock. Elements of the SSRIs’ sensibility remain, most importantly in the unpredictable spirit that manifests as numerous emotions/atmospheres within a single song, and a tendency towards unconventional song structures and time signatures.

Spriing is comprised of prolific musicians who aren’t afraid to experiment with constructing complex soundscapes from a melange of sounds, having belonged to a diverse range of other bands that often fused genres. The band refer to some of its members’ other projects, Aunts & Uncles, Bleating Hearts and Thee Ahs, as “indie pop experimentalism”, which is a good way of describing Celebrations. The circular sound tied to the circular logic on followers in Follow also suggests this album might be pop for some of the non-followers out there.

Predominant are folkish acoustic guitars, piano harmonized with often choral vocals, punctuated by fuzz and spiraling electric solos. There is a nostalgic, theatrical and often fairytale feel to the tracks. Stories and characters figure largely. The lyrical content suits the at times eerie or unsettling sense, including the girl who turns into a tree in Loretta, the conjuror teacher of zombie students in Secrets.

The first track To Accuse comes in like a mouse and goes out like a lion. This track has a layered, dreamy poppiness, interspersed with moody moments and frenzied outtro. This track and the almost 7 minute Loretta, are ominous and epic. Simpler parts of Loretta are reminiscent of

Elliott Smith‘s XO, while others that bring to mind rock operas and soundtracks illustrate the band’s dramatic abilities. The song plays out in a filmlike manner, and features a guitar virtuoso shred near the end of track, which interacts well with the softer, mystical counterparts.

The foggy, druggy feel of Pax Calm and its postapocalyptic tale features one of my favourite bits of new music of the year. After a slow build of fluttering keys, the cozy, blissful last minute of the track, especially the explosive ecstasy of the last 35 seconds, is comparable to the rush evoked at times by the likes of Radiohead, Grizzly Bear and Deerhunter.

Pastel is another highlight. Rather than lyrically, the dialogue takes place between the heavier guitar bits which stutter in and out against a backdrop of innocent, Charlie Brownesque teeter tottering keys. Despite the off kilter nature, this track is catchy with its Britpop crooning vocal style, also present in You’re The One.

Fans of Radiohead, Animal Collective, Elliot Smith, Jim Guthrie and Of Montreal are likely to take something away from this release. As are others who appreciate a dose of difference with their addictively appealing. - Louder Than War