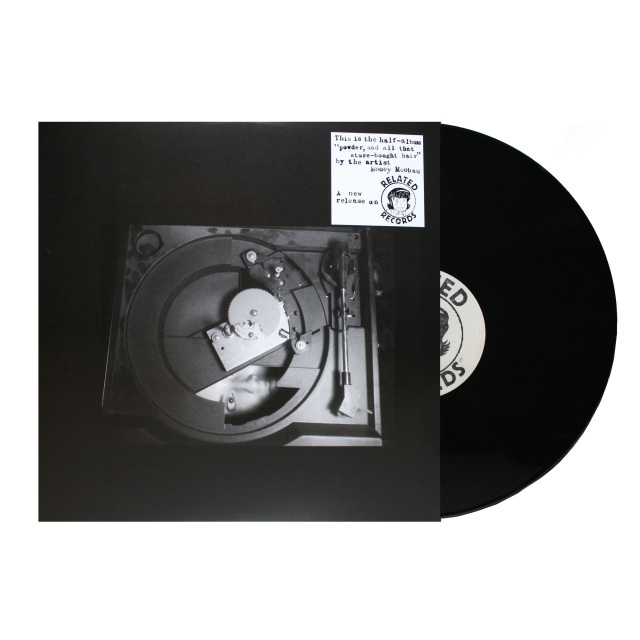 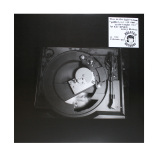 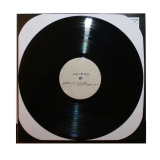 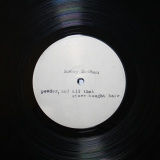 “Mooey Moobau is the tender child of a guy named Joseph Tepperman, one of the many unsigned, unrepresented artists who make life slightly more interesting for those who encounter them. He’s certainly got his own style down, one of Dada-inspired verbal gymnastics, quiet freakiness and loosely structured live-band instrumentation. Reminds me a bit of Xiu Xiu without the electronics, sexual hysteria or emo tantrums, or maybe Bryan Lewis Saunders on a proper schedule of anti-depressants and a newfound love of The Decemberists. This one-sided 12″ veers into solo musical theater at times, which is sure to test most listeners’ patience, although his use of his live vocals alongside his own pre-taped vocals is fairly novel and entertaining for at least a few go-arounds. Not much technical talent to be found here, but who needs that when you’ve got the overwhelming confidence and chutzpah that pours out of Mooey Moobau’s music. Related Records is from Phoenix, so I have to wonder if they haven’t crossed paths with the Gilgongo crew throughout the years, as Powder shares a similar feeling of unschooled and under-financed high-art by folks who more closely identify with punks than gallerists. In a different time and place, this would be one of those classic love-it-or-hate-it K Records releases from the late ’90s, but it’s 2020 now and the world is somehow significantly bigger and lonelier.”-Yellow Green Red