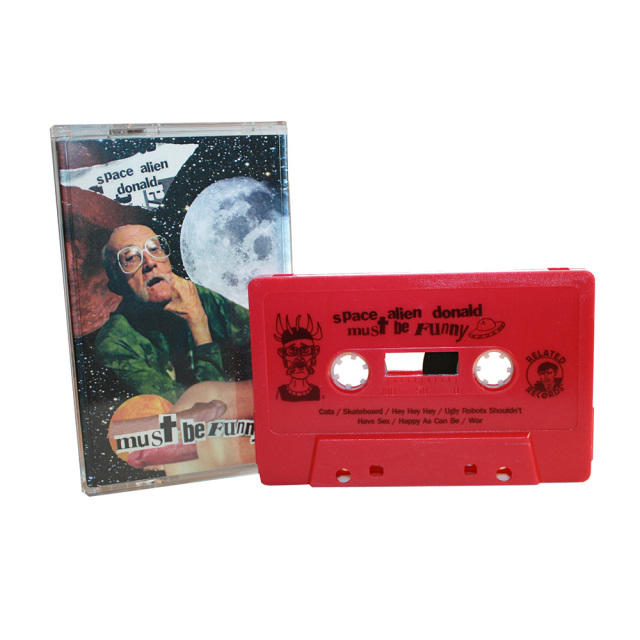 "If I gave my grandfather a Moog synthesizer and a collection of the last thirty years of hip hop’s greatest hits for his eightieth birthday, Space Alien Donald is what I would imagine his resulting mixtape would sound like. The stage name of Donald Thomas Roth, Space Alien Donald began rapping at the age of seventy-four after retiring from a career in, as he puts it, “electronics.” He sums up his lyrical themes in the liner notes “…space aliens will be friends…computers and robots can have emotions… that old people can think young… being silly is okay.” That’s a sentiment I can get behind."-Razorcake

THIS ALBUM IS ALSO AVAILABLE FOR DOWNLOAD ON OUR BANDCAMP