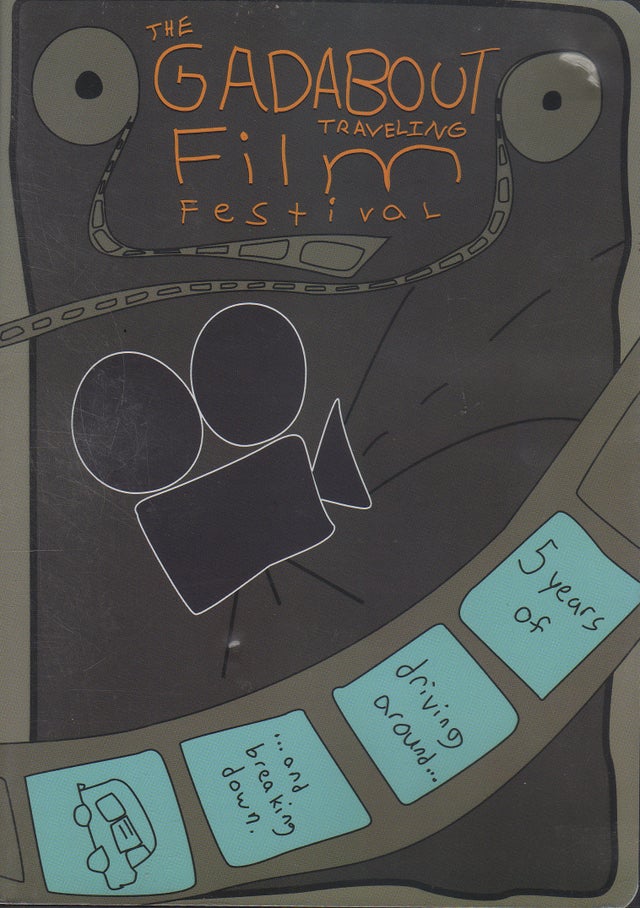 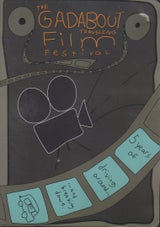 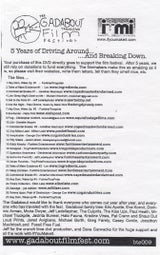 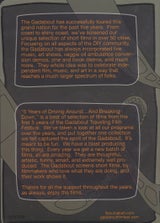 SYNOPSIS: "5 Years of Driving Around...And Breaking Down" is a best of selection of films from the first 5 years of the Gadabout Traveling Film Festival. We've taken a look at all our programs over the years and put together one collection we felt captured the spirit of the Gadabout. It's meant to be fun, We have a blast producing this thing. Every year we get a new batch of films, all are amazing. They are thoughtful, artistic, funny, smart and extremely well produced. The Gadabout screens short films, by filmakers who love what they are doing and their work shows it."

I included a scan of the insert for you to see the list of films, there are so many.