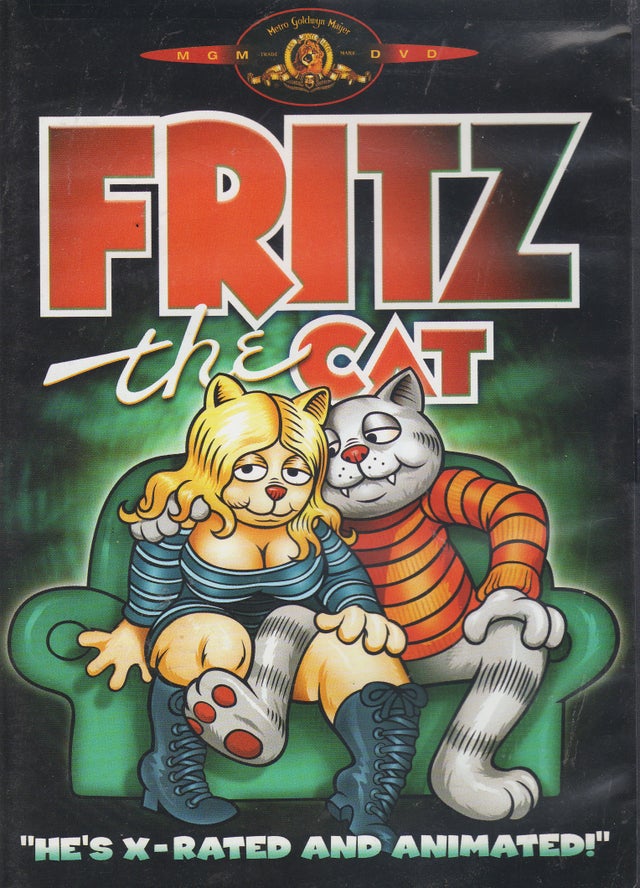 This cartoon is fucked up. I bought it years ago and only watched it once or twice.

SYNOPSIS: Based on a series of comics by underground cartoonist Robert Crumb, this X-rated animated film brings a cynical eye to the idealism of the 1960s. It's a world where black people are crows, cops are pigs, rabbis are lions, and cats--like New York University student Fritz (voiced by Skip Hinnant)--are substituted for guilt-ridden white guys who want to be poets but mainly smoke pot and engage in group sex. After a drug bust by a couple of bumbling pigs makes him an outlaw, Fritz sets fire to his NYU dorm and hits the road in search of self-discovery. The crazy cat steals a car, starts a race riot in Harlem, and ends up stuck outside San Francisco with a group of sadistic revolutionaries led by a junkie biker rabbit. Throughout these adventures, Fritz's pot-addled self-righteousness gradually gives way to a deeper understanding of life, but perhaps too late to extract himself from a terrorist plot. FRITZ THE CAT was director Ralph Bakshi's first feature, and it carries many of his future themes--ultra bleak urban landscapes, cynically guarded idealism, grotesque sexuality, and raucously over-the-top moments of violence.

DVD - KENNY VS. SPENNY SEASON ONE & VOLUME ONE UNCUT